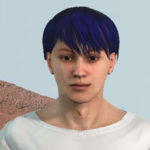 Click on the names to find out more about the citizens of Mars. Some are keeping secrets. A few are telling lies. And one or two are even going to betray our hero. Can you guess who

Zeke is an ordinary teenager who takes a desperate gamble to find his father, bluffing his way into the School for Psychics. When a Martian relic downloads their language into his head, he sees visions of an apocalypse. Can he save Humanity from a terrifying evil, find his father and still pass his ESP exams? 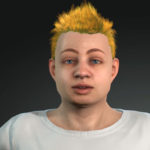 The unloved son of a wealthy industrialist, Scuff is a boy genius when it comes to computers and hacking. He’s a comic-loving slob with a loud mouth and attitude. But does his arrogance mask his true feelings? 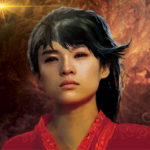 Although from a humble family, her psychic talent is so great she’s been sent to the Chasm four years early. Terribly homesick, she forges an inseparable bond with Zeke, until her talent for seeing the future lands her in danger. 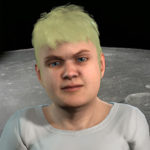 This 15 year old genius can hypnotize teachers. His imaginary pet is deadly. But he’s Zeke’s best new friend. Just who is he working for? And can anyone stop him? 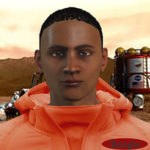 One of the first Brits to land on Mars, Tom went missing over a century ago. Only his journal survives. What sinister secrets does the journal describe and could Tom be alive? 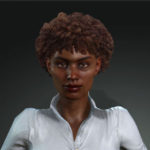 Lutz rules the Chasm with a rod of iron. Forbidding and strict, nobody in the known Solar System dares mess with her. But why does she seem to have been around forever? And is she in cohoots with the bad guys? 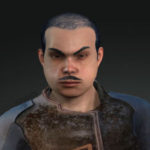 The world famous translator arrives on Mars with an evil plan. But he needs Zeke Hailey’s fluency in Martian to unlock a portal to a 2-billion-year old alien city. A city that contains a hideous monster. 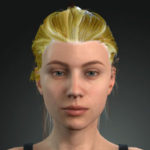 Beautiful, cruel, and with a talent for racketeering, this spoiled cheerleader uses her powerful psychokinesis to enforce a reign of terror. Will anyone dare to stop her?

A monster that haunts the Martian wilderness. Zeke needs its secrets, but will it kill him before he can discover them? 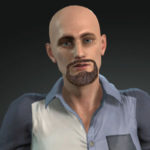 As a teenage rebel he was expelled from the school, only to return years later as its Translocation teacher. His spell in the underwater city of Sub-Pacifica changed his bad-boy attitude, but what did happen during the infamous flooding that claimed so many lives?

The Governor of Mars

The Governor says he will do anything to protect Mariners Valley from terrorists. Or could he be the biggest terrorist of all? 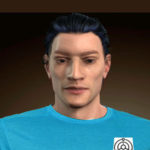 The psychokinesis teacher practiced the traditional skills of his Inuit ancestors on Jupiter’s moon. But why didn’t he go into Space. Will Zeke stop this passionate hunter from killing his quarry? 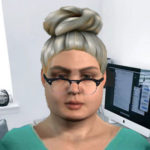 The formidable school secretary has a heart of steel. Blunt and bossy, but devoted to her job. Nothing will deflect her from her duties. What is it she’s not telling? 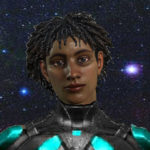 An apprentice Mariner translocating students to Mars, Dayo senses something special in Zeke. Awestruck to meet his first Mariner, Zeke has no inkling of the tragedy yet to come. 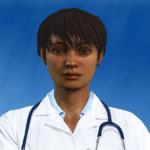 Kind, gentle and beautiful, the good lady doctor seems perfect. However, what was the dream that brought her to Mars and who is the handsome young man in the photo on her desk? And why does Zeke blush whenever she’s near? 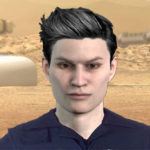 Leader of Yuri Gagarin Freetown, here is a man who is part businessman, part warrior and part scholar. Is he Zeke’s friend or foe? He talks about peace while stocking up on weapons. Rebel or warmonger? 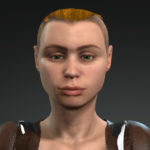 As deadly as she is attractive, Isla is an accomplished fighter and soldier. Her one weakness is…well read the books and find out. Will love be her downfall? 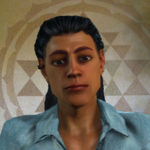 This teacher wanders the astral planes. Yet he loathes Zeke. That is, until war throws them together. 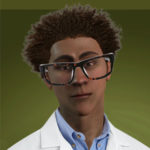 This eccentric genius works in the Perspicillum, high above the Martian airline. He scours the cosmos searching for the genesis particle and mutters about saving the world. Just what grim secret is he hiding? 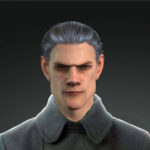 As a lonely child, Magma unearthed a dead body on his first ever dig. But his career as the world’s leading archaeologist peaked after he discovered Atlantis, and the deaths on his expedition were never explained. When he learns from the Prime Minister of the long lost Martians, Magma becomes obsessed with finding their secrets for his own gains. Has he stumbled onto the biggest mystery in the Universe?

The Infinity Trap is available in print and most e-book formats at Barnes & Noble, Waterstones, Amazon, and online book stores.